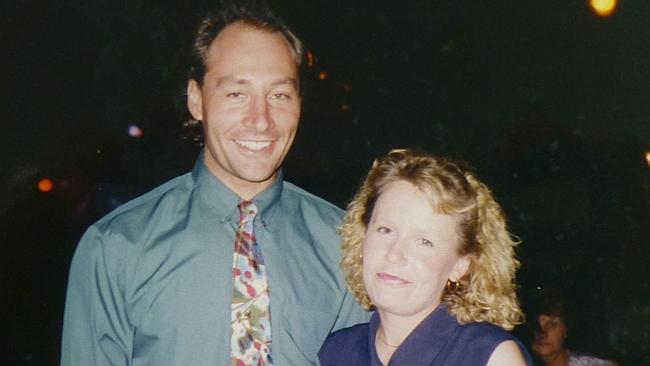 SOUTH Australia’s Commissioner For Victims Rights has appealed to Federal MPs to pass legislation that will allow the suspect in the murder of Adelaide woman Anthea Bradshaw-Hall in Brunei to go to trial in Adelaide.

In his heartfelt appeal, Michael O’Connell urges the MPs, including Prime Minister Tony Abbott, to favourably consider an amendment to the Criminal Code Act introduced by Independent Senator Nick Xenophon.

The amendment, to make the legislation retrospective, is expected to be voted on next month after Federal Cabinet considers a new submission.

In his letter, Mr O’Connell states the amendment will “ensure fundamental fairness’’ for any Australian citizen murdered while overseas.

“Access to justice for victims of crime is an essential element of a fair, humane and equitable criminal justice system based on the rule of law — yet Anthea and her family, as victims of crime, have been denied such in Brunei and in Australia,’’ he states.

“As a member of the Parliament of Australia, you are able to remedy this by voting in favour of the Criminal Code Amendment (Harming Australians) Bill 2013.

“It seems to me that the proposed amendment will ensure fundamental fairness for Australian citizens killed in foreign places when such places are unwilling to investigate and prosecute those suspected of such heinous crime, and to enhance public trust in Australia’s criminal justice process.’’

The former Fraser Park Primary School teacher in Murray Bridge, was about to move to the sovereign state, on the island of Borneo with her husband, Jeff Hall, who had secured a job there.

Mr Hall has told police he found his wife dead on the floor of their apartment. She had been strangled and then stabbed four times.

Brunei police will not prosecute the only suspect in the case because they do not believe they have enough evidence.

In an unusual move, SA Police’s Major Crime Investigation Section launched an inquiry into Ms Bradshaw-Hall’s death after being approached by her family.

Former Director of Public Prosecutions Stephen Pallaras, QC, revealed to the Sunday Mail in 2013 he believed there was enough evidence to prosecute the suspect in Australia, but this could only be done if the Criminal Code Act was amended to make it retrospective.

In his letter, Mr O’Connell states the proposed amendment to Australian law will validate a longstanding common law.

“Murder has been a crime for centuries and, despite variations in law, it is a crime of universal consensus,’’ he states.

“It will be an indictment of Australia’s Government and Parliament, and likely generate a strong public sense of injustice, if its members were to resist the amendment and sustain a barrier to the prosecution of homicide; a most serious (some would still say felonious) crime — the unlawful killing of a human being who also in this case is a citizen of Australia.

“Justice for victims in such cases should not be buried, and victims’ rights should not be given less priority in discussions on the formal technicalities of law.

“It will be a sad year for Anthea, for her surviving family and for all Australians who become victims of homicide overseas if in 2015 (the year that marks the 30th anniversary of the UN Declaration of Basic Principles of Justice for Victims of Crime and Abuse of Power) parliamentarians look on the proposed amendment with complacency about victims and disregard for their rights, particularly their right to access to justice.

“It is an amendment of great importance.’’